Breaking News
Notice: Trying to get property 'post_excerpt' of non-object in /var/www/html/wp-content/themes/sahifa/framework/parts/post-head.php on line 73

At a time when there is a war happening in Europe, the election results in Serbia have just raised the stakes for democracy and its advocates. 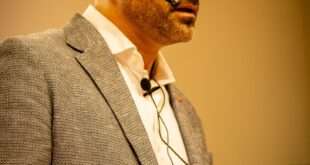 ALBANIA, THAT’S WHY MANY ITALIANS DON’T DESERVE IT AND WHY WE ARE FULL OF IDIOT PREJUDES THAT MAKE US A PEOPLE OF TROGLODITES 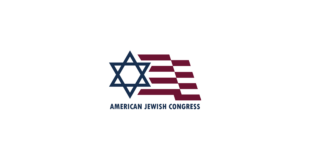 Our Experts Discuss What Serbia’s Election Results Could Foretell
At a time when there is a war happening in Europe, the election results in Serbia have just raised the stakes for democracy and its advocates.
By Rafaela Prifti
Incumbent Aleksandar Vucic is set to win Serbia’s presidential vote and secure a second term. Reports and post-vote projections indicate that his ruling Serbian Progressive Party (SNS) appears in line to win the most votes in parliamentary elections. The deadline for announcing the final results is April 7.
The election victory of a nationalist leader with personal ties to Putin like Vucic in Serbia and Orban in Hungary against the backdrop of Russia’s invasion of Ukraine could be unsettling signs for Europe in several areas. Of special concern would be issues of stability, corruption, foreign policy and trade relations as EU mulls over the next move.
As the anti-corruption theme was gaining traction with the opposition supporters in Serbia, the war in Ukraine shifted the focus of the campaign into security issues that played into Vucic hands. Yet, the stand against corruption directly relates to the current international events, according to Balkan and Foreign Affairs expert Akri Cipa. “The focus on Russia’s war in Ukraine is not in itself detached from the fight against corruption. In fact, the case of Russia is extremely telling about how corruptive practices, bribes, the harnessing of the international financial system to hide illicit wealth abroad, has devastating consequences for democracy, peace and stability. Moreover, such practices have facilitated Russian influence in European countries, including in the Balkans, and have led to critical energy security vulnerabilities. While it is not highlighted in the media right now, the fight against corruption remains high on the U.S. agenda. President Biden has been explicit in this regard, including most recently in his March 26th speech in Poland. As he emphasized that the world finds itself in a battle “between liberty and repression, between a rules-based order and one governed by brute force,” he made it clear that this will be a battle of values, as well as practices.” says Cipa.
Reaffirming the projections that Vucic and his party will have an easy win in the elections, Nail Draga, author and researcher, calls him “a Neo-fascist politician” self aware of his considerable pro-Russia clout. Draga sees no serious alternative in Serbia’s political arena today. He underscores one commonality among all political factors in Serbia, which is indicative of the course that the country has stayed on. Without hesitation, Nail Draga reiterates, “Their position on the Kosovo issue is invariable.”
The outcome of the recent Serbian elections could serve to shake up Western countries as well as prove to be a test of their diplomatic capabilities and market policies that may need redefining. Cipa puts it all into context: “The electoral win of Vucic and his party will help the incumbent president consolidate the hold on power and will likely continue to reinforce Serbia’s trend towards illiberalism and increased authoritarianism. Until today, the Western partners have neglected these negative trends, including the current government’s bellicose rhetoric and increasingly aggressive posture towards its neighbors, for their stated strategic goal of moving Serbia away from the Russian sphere of influence and reorienting it towards the West. After these elections, we will have to see if there will finally be such a realignment or if Serbia under President Vucic will continue to sit on multiple chairs. If Serbia does not align its policy with the European Union and does not engage constructively with its neighbors, first and foremost with Kosovo in the EU-facilitated dialogue, the Western policy towards Serbia of the last 10 years would have miserably failed.”
If the past is any indication, what can be expected from Vucic is more hypocrisy, claims Asllan Bushati, senior military expert. “The profile of Vucic is that of a two- faced politician. Serbia’s President has a long track record of double standards in his political, military, diplomatic career. The most recent example was the condemning of Putin’s invasion of Ukraine by Serbia in a United Nations resolution, as Vucic rejects to join the EU penalties targeting Kremlin for the invasion.” Bushati agrees with Cipa’s comments on the intimidating tactics by Serbia strongman towards its neighbors and thinks that the recent election victory will only embolden Putin’s ally. “There is a long list of Vucic acts of hypocrisy, but I will point to his rhetoric of good neighbors in the region while pushing his secret service agents and even Russians in attempts to cause provocation in Kosovo and even invites Russia’s Ambassador to attend military exercises at the Kosovo border. What’s to be expected of Vucic is more of the same double-dealing games,” says Asllan Bushati.
Broadening this point, analyst of Balkan affairs, Akri Cipa draws attention to the perversity of the claims made on behalf of protecting the voting rights of the minority of ethnic Serbs in Kosovo while the same rights of the Presheva Valley Albanians have been abused in a methodical way, as the European community looks away. “In terms of the electoral process in Serbia, it is disgraceful to see how Albanians in the Presheva Valley have been subjected to horrendous practices that inhibit their participation. Even worse, the government has continued its abhorrent practice of systematically erasing ethnic Albanians from voter lists, effectively running a bureaucratic ethnic cleansing campaign. It is disturbing to see that European Union representatives have been largely silent in response to such a phenomenon, which clearly runs counter to European values and democratic principles,” concludes Cipa.
As the saying goes, elections have consequences. At a time when there is a war happening in Europe, the election results in Serbia have just raised the stakes for democracy and its advocates.
Share

Tags Our Experts Discuss What Serbia’s Election Results Could Foretell